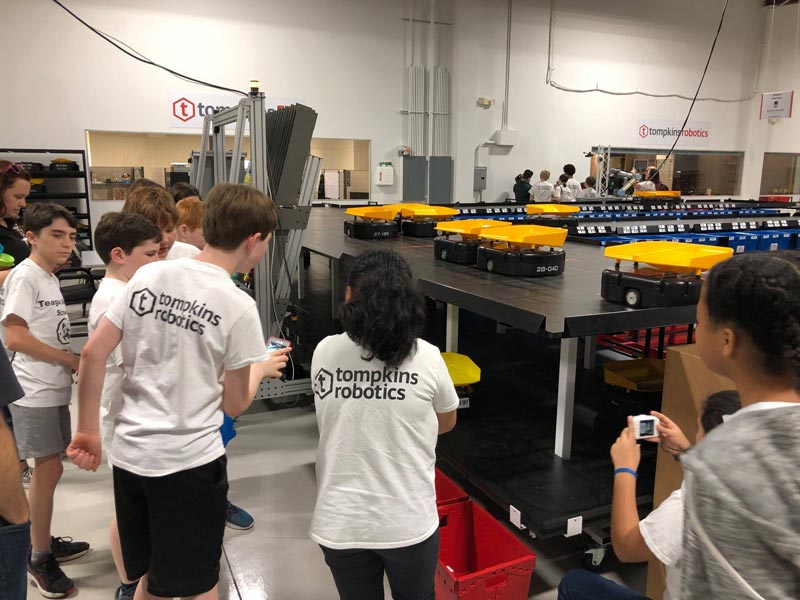 It’s never too early to nurture young talent, so we were thrilled when Jill Hanstein, Robotics Instructor at Teague Middle School in Altamonte Springs, Fla., reached out to us about sponsoring their Robotics Teams in the FIRST LEGO League Challenge this season.

Founded in 1999, the FIRST LEGO League is an international competition that challenges elementary and middle school-aged students to use science, technology, engineering and mathematics (STEM) concepts to solve real-world problems. Guided by two or more coaches, teams of up to 10 students design, build and program a LEGO MINDSTORMS robot that they compete with on a table-top playing field.

The topic for this season’s challenge was INTO ORBIT, which required students to identify and solve a physical or social problem humans face during long-term space exploration within our Sun’s solar system. During the qualifying tournament at Orange Technical College on December 15, Teague Robotics’ Team Phoenix brought home the middle school’s first-ever trophy when they won the award for Best Project – Presentation. Teague Robotics’ Team Scorpius brought home the school’s second trophy this season (and ever) when they won a Core Values Award at the January 26 qualifying tournament at Milwee Middle School.

Due to the students’ success this season, Teague Middle School is offering a new competition class, Robotics III, which will now allow the students to meet five times per week instead of just twice. Interest in the Robotics program is also spreading throughout the school. This year, 34 students participated in the competition, which is more than double the previous year.

As a reward for all of their hard work, we invited the Teague Robotics teams to visit Tompkins International’s Emerging Technology Center (ETC) in Orlando, Fla. on Friday, March 15. Students got to tour our 11,000-square foot working facility and see live demonstrations of Tompkins’ supply chain solutions, including Tompkins Robotics and the Tompkins Warehouse Execution System, as well as equipment from our technology partners RightHand Robotics, SI Systems, and Piedmont National.

Introducing robotics to young students can increase creativity and lead to great innovation. We are so proud of the Teague Robotics students and look forward to seeing how they help shape the future of technology.

In response to COVID-19 and limiting travel, Tompkins Robotics is now offering interactive virtual tours using a variety of stationary and roaming cameras throughout the facility.  We have the capability to demonstrate five t-Sort systems with various configurations, robots and functionalities.  The main demonstration system includes three different induction types: manual, robotic and A-frame.  Our systems are capable of e-commerce order fulfillment, store replenishment, backroom and parcel / postal sortation.  We can demonstrate the original t-Sort robotic system in multiple dual level configurations and an elevator system to move robots between the levels.  Our larger t-Sort Plus robots run on single level systems with both tilt tray and crossbelt options.  In the very near future we will demonstrate the new t-Sort Mini in an additional system. We have a wide variety of inventory to demonstrate products including general merchandise, apparel, grocery, fragile goods, odd sizes and shapes and a wide range of product weights.  You will also have a chance to learn about the technologies that are integrated into our system such as automated induction, automated charging, integrated weight and dimension capture, our proprietary wireless network and Warehouse Execution System (WES), new innovations such as our automated sorter exit solution and more.  And if mobility and flexibility are important to you, we can demonstrate how easy it is to reconfigure a system, remove or add a sort table, and even fold a table into a smaller footprint for move or transport.